The ratings leader of singing competitions returns with fresh faces and a freshened format. And, regardless of changes, it’s going to continue to kill anything in its vicinity.

I’m not afraid or ashamed to admit I regularly enjoy drama within my day. (Have we met? I do work with the CliqueClack staff, after all. *sidelong glances at An and Jeremy and Ivey as they walk down the hall*)

Now, many people enjoy drama … so long as they’re not dropped smack dab in the middle of it. Some like a little drama: gossip about a neighbor or co-worker, someone making a scene at Starbucks because their half carafe of soy free latte venti monkey mocha isn’t mocha-y enough. Others enjoy something a little more meaty: drama that drops the jaw, drama that turns heads, drama that makes you shake yours back and forth and exhale at the pointlessness of it all.

Something more or less in the middle of the dramas noted above is about to rear its head for a 12th season. Touted as “the most important reality singing competition on television,” American Idol returns with three of its five cast members fresh and unseasoned, with a completely unknown dynamic (let’s face it: we’re really not going to know the true chemistry of how this line up works until we get down the road some on the show) and hauling in a cadre of hopefuls certain to push buttons just as soon as win hearts.

Me? I’m ready for that kind of drama right there.

“I’m not one of these people that just want to wave a flag and go, ‘American Idol the greatest thing.’ We’re a springboard.” — Nigel Lythgoe

Interestingly (at least to me), there are a lot of friends and associates who have collectively stated “there’s no way in hell they’re sitting through Idol this season.” For the life of me, I can’t understand that mode of thinking. With all the hoopla surrounding Mariah Carey and Nicki Minaj and the insertion of “referee” Keith Urban — let alone a brand new season filled with unknown surprises — what’s not to get excited about?

Prior to season 10, when it was announced Jennifer Lopez and Aerosmith’s Steven Tyler were due to usher in the show as new judges, I was excited. Well … excited Tyler was coming into the fold. Truth be told I wasn’t exactly thrilled about JLo entering the fray. But I kept an open mind going into the then new season. I was going to give both of them a chance — especially JLo — to put their talents and their experiences to the test and come forth with honest critiques of the hopefuls as the weeks flew by. There was rough going that first stint, but JLo ended winning me over in many ways at the end of it all. I wasn’t so put off by her on the panel; she was engaging at points and she wasn’t as irritating as I’d been led to believe. Tyler? You knew he was going to be entertaining, but add to that the fact he offered many insightful and instructive assessments and I was colored pleasantly with him. Of course, the two mucked up some of their studies of the contestants over the two years they held court with fluff and fodder and downright incomprehensibilities, but not everything is going to come out colorful rainbows and heart-warming puppies.

Coming into season 12 of Idol, we have a whole new dynamic once again. Randy Jackson is flanked by newbies who may or not hold their own. They’re going to be scrutinized up and down and all around as the weeks progress. And even though Idol is not about the judges, it certainly is about the judges. That’s just the fact of the matter.

“They know they’ve got a big job on their hands because Jennifer, Steven and Randy did very well with Scotty McCreery and Phillip Phillips. They’ve … got to live up to that …” — Nigel Lythgoe on the judges for season 12

In a recent conference call with Nigel Lythgoe, the producer declared the three will have to put on their big boy pants (or sequined diva panties, as the case may be) and hit the ground running: “They know they’ve got a big job on their hands because Jennifer, Steven and Randy did very well with Scotty McCreery and Phillip Phillips. They’ve … got to live up to that …” From publicity that’s gone all the way back to last summer with claws coming to bear and feuds exposed for all to see, it will be an interesting watch to see the interaction between Carey and Minaj while they try and concentrate (or not) on the contenders. You can bet dollars to Ding Dongs there’ll be nails and coiffed hair a’flyin’ …

Speaking of which, one of the interesting items during Lythgoe’s call was his comment about their feuds … and about Minaj in particular: “I’m not into that sort of publicity. What I do think we’ve got though is … people to watch to see if they grow up on television. I would much prefer that they watch because these judges are excellent. Nicki Minaj, I think, is one of the best judges I’ve ever worked with.” Wow. That’s a pretty bold statement. And, not knowing much about Minaj, it has me interested in what the cotton candy-maned, loud-mouthed artist is all about and what she can contribute to the show.

But I’m skeptical as all get out about the two prima donnas — if, indeed, you can refer to Minaj as one. (She certainly comes across that way.) I abhor Carey about as much as I did JLo when I found she was on board the Idol train a few seasons ago. The difference is I detest Carey even more. Yes, she’s got a voice, but the diva-esque attitude I see in her no matter where she’s at, no matter when she’s performing is completely off-putting to me. (Honestly: If I caught wind of “All I Want For Christmas Is You” pumping out of reception area speakers or while caught ascending in some elevator one more time during the holidays, I was going to do damage.) Minaj? She’s a clown as far as I’m concerned. (And we all know how much I like clowns.) Her music does nothing for me, her flamboyant looks are distasteful and she appears more style than substance. But if JLo can win me over, I’m willing to take the blinders off once again and watch this 12th season to see what these two can do.

“We are extremely lucky that a record like (Phillip Phillip’s) ‘Home’ sells over three million records. It was picked up by the Olympic Games. It was picked up by a movie. It’s astounding how successful that’s been and now, hopefully, we’ll use that … to get the attention for this year’s American Idol.” — Nigel Lythgoe

I’m less skeptical about some of the altered format changes the show will be debuting/falling back on. We’ll see it going into the finals with only 10 contestants, not the 12 or 13 of the last few years. The tour will take the less traveled road in seeking out hopefuls in small towns (as well as friend and family nominations who will no doubt be surprised at their sudden usherance onto the show). The Las Vegas Rounds will be expanded from one to two weeks and, before that, the Hollywood Rounds will be divided male/female to mix things up, hopefully zeroing in on talent more closely. Best of all, those dumbass wildcard picks by the judges have thankfully been tossed out the window. Thus, Idol has made moves not only to streamline the program, but to make it that much more fun and frolickous. What’s not to like about that?

Since discovering Idol with its 5th incarnation, I’ve continued to enjoy it. Regardless of the naysayers, the ones who have claimed it’s lost its edge, the Vote For The Worst asshats (Thankfully, that site is closing), the whiners who state the show is pointless and old and a joke … none of them have dampened my spirit about the show or what Idol truly is: A launching pad for new artists as determined by the viewing public. It’s the original of the singing competition field and still maintains its juggernaut status in a crowded schedule filled with relative newcomers such as The Voice and The X Factor. It delivers surprises and feelings and wonder and laughs and awe more so and better than any of the others and this year’s chapter will be no different.

The (repeat) four-judge format might slow the pace somewhat just as it did years ago. The drama will again raise its head and threaten to shift the focus from the contestants elsewhere. Ryan Seacrest will continue to be vilified in the coming weeks (by me). But American Idol is back, folks … freshly Febreezed and new and revamped.

And I welcome it as I do every year, with open arms and a warm, gooey feeling. *swoon* 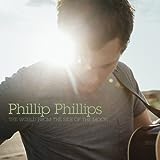 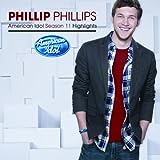 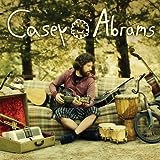 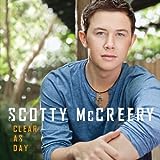