… but the show’s writers (along with an unexpected reality show alumnus) certainly gave it the ‘ole college try to get me to change my position on the matter.

I want to talk about one character in particular featured on last Sunday’s The Walking Dead. Someone I don’t like in the least:

I don’t like Bob. There’s something about him, maybe it’s something that hasn’t been revealed yet. I can’t put my finger on it; it’s just a gut feeling. Maybe it’s a character flaw or a quirk or kink. But it’s definitely something intuitively unsettling that continues to linger.

I haven’t liked Bob from the beginning. In the season 4 opener, I didn’t like his fishing for some project to keep him occupied at the prison, practically begging for meaningfulness in order to earn his keep. The fact he’s a closet alcoholic is problematic. As it is, his alcoholism got him in trouble in that Big Box store … remember? (Well … sort of. It almost got him toasted. And not in the way he would have liked. Not to mention his back story revelation during the last episode where we caught him quaffing freakin’ Nyquil — or its equivalent — in order to get high!) Since his introduction on the show he’s seemed not only out of sorts (that’s the lack of alcohol playing tricks with him) but a bit “off,” too.

I don’t like Bob. I haven’t liked Bob from the beginning.

I’ve read the comic and I know what happened with and to the character therein. The differences in the comic book character and the show character are vast. To wit, Bob wasn’t even around at this point in the comic — he died. There was nothing redeeming about him in the comic. He was story filler, nothing more. That was the comic, not the television series.

But in this last episode (the aptly titled “Alone”) the writers decided to infuse him with intelligence and sympathy and understanding and charm so you gravitated to him like a moth to flame. Post fog walker attack on Bob and Maggie and Sasha, Bob smiled at Sasha during one point and joked with her about getting bit by a walker: “It’s okay … he got me right on the bandage.” And then? He smiled at her, big as the sky, after she hugged him. And I’ll admit: I caught myself (possibly) beginning to sympathize and finally care (Really?) about Bob.

This writers’ tactic (I’m referring to it as “Bobification”) continued throughout the better part of the hour. Each time he engaged Sasha. In his glimmers of decency and understanding. In his urging Sasha to continue on after Maggie left them. And, finally, when he was reunited with the two women once again on the railroad tracks at the end of the episode.

Damn those writers! They conspired in an effort to force me to empathize with the character!

This realization of empathy hit me at the conclusion of Sunday’s broadcast. But that’s not where it started.

It started right from the get go, as soon as the show began. It was the wordlessness of the several scenes and situations we found Bob in. That’s where it creeped into my mind. And it did so unknowingly. I was too engaged in the episode. Unwitting compassion sneakily began intruding within me. It left a little mark on my mind and caused me to take notice and start to emote. But it wasn’t until the end of the program I figured it out.

At the end, that’s where the “ah HA!” moment flicked on the imaginary light bulb above my head. My Achilles’ heel, one of my huge weaknesses! It was the music … that music!

Everyone knows I’m a sucker for a good tune. And especially so with evocative placement in a program. That intro with Bob aimlessly and shiftlessly shuffling from scene to scene — often without purpose … lost … dazed and confused — it pulled you in. It pulled me in. The tune playing was haunting, it beckoned you to come on in and see what this forlorn man might be all about, why his eyes looked so lost inside themselves. The music wafted around you and gently tugged, urging you to find out why.

I slammed that door shut as soon as I realized this: No song, I don’t care what it is, is going to make me like or appreciate Bob Stookey. I’m not that gullible …

No song, I don’t care what it is, is going to make me like or appreciate Bob Stookey.

Days later, I heard the song again out of nowhere. I instantly recognized it as the tune which opened and closed “Alone” Sunday night. But this time there was something more to it, a touch of familiarity … and not just from the fact it was featured prominently in The Walking Dead.

I researched it quickly … and was surprised by my findings: The song was one written specifically with The Walking Dead in mind. And by none other than season 9 American Idol winner Lee DeWyze. And dammit if it wasn’t one crackerjack of a tune. More so, one which effectively dramatized Bob Stookey’s presence and back story in “Alone.”

And, while my dislike and above-voiced proclivities toward the character remain (despite the writers’ and DeWyze’ best efforts) I have to give The Walking Dead a tip of my hat for the attempt to get me on board Bob Stookey’s train. 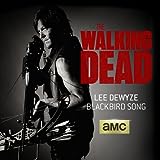 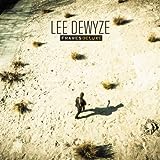 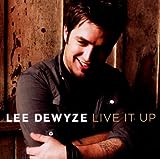