The third season premiere of HBO’s ‘Treme’ shows viewers how to let music lead them into the world of post-Katrina New Orleans. The show’s pacing and structure may not be for everyone, but the show’s music makes it worth a first (or second) shot.

The season three premiere of Treme on HBO, entitled “Knock with Me – Rock with Me,” got me to thinking about how even though the show’s structure seems to be very loose, its music gives us a way into its world. New Orleans jazz and blues — rather than plot — drives the show, and that may be off-putting for some viewers. I am attracted to shows that experiment with structure, but of course, that’s not for everyone, and that’s cool. But if you have not watched Treme or tried and couldn’t get into it, consider giving it another shot — and let its music be your guide into the world of post-Katrina New Orleans.

The idea that shows teach us how to watch them is such an old chestnut at this point that I hesitate to even bring it up, but the season’s first scene brought home this point to me. As Antoine Batiste and others play in the streets of Treme as a memorial to tuba player Kerwin James (which really happened), the cops break it up, citing noise complaints and a lack of permit. Incredulous, Antoine tells the cops, “Anyone with complaints about music in Treme, they in the wrong place altogether.” This defiant statement could be a thesis statement for the entire structure of the series. If you don’t like the music, or you don’t like the show’s extended use of musical montages, then this show is not for you. But give the show and its sounds a chance to pull you in, at least.

Incredulous, Antoine tells the cops, “Anyone with complaints about music in Treme, they in the wrong place altogether.” This defiant statement could be a thesis statement for the entire structure of the series.

The jazz funeral is a quintessential New Orleans tradition. Since Treme is a show intimately concerned with the intertwining of setting and music (you can’t have one without the other on this show), it often features events such as the abortive memorial for James. The song choice, the hymn “I’ll Fly Away,” while appropriate, is not the kind of dirge most of us associate with funerals. There is sense of joy to it, and the lyrics speak of death as impending freedom.

The joy of most of Treme‘s music seems at first to be at odds with its setting. New Orleans after Katrina — the episode is set 24 months after the storm — still has its issues, to say the least. As last season showed us through the brutal rape of Ladonna Batiste-Williams, crime has gone up in the city. People like Toni Bernette are still investigating Katrina-related deaths. The series never shies away from these brutal truths about the city, but as the show’s catchy theme song demonstrates, New Orleans is still capable of living up to its reputation as a place of pleasure, of “buck jumping and having fun.”

The happiness inspired by the theme song is echoed by musical moments in the season premiere, such as violinist Annie finally starting to come into her own on the New Orleans club scene as her boyfriend proudly looks on. Such scenes drive the show forward so that its darker moments don’t drag it down, but to be fair, the premiere — though it started with a memorial — was a pretty upbeat episode that showed most of our characters in decent places in their lives. The arrests that follow the memorial anger the community, but one of the musicians involved makes the most of his newfound popularity by playing “Who Dat Called the Police” to a packed club. Davis McAlary, who has already worked on Katrina-related music, decides to write an opera about the storm, recruiting greats like “Frogman” Henry. The show, rather than being unrelenting bleak, shows how the residents of NOLA make musical lemonade out of lemons.

I admit that I don’t know much about jazz (so forgive me if I lapse into generalities or say anything untrue), but I do know that it can be experimental and free form, and that it relies a lot upon improvisation. But there is still a structure to every song, usually provided by the rhythm section. Similarly, Treme can seem kind of free-form, relying on musical scenes and character vignettes to drive storytelling rather than merely plot. In fact, aside from arcs like Toni’s investigations or Ladonna’s rape, not much really happens on Treme; rather, the plot — such as it is — is defined by character arcs. Will Antoine be able to settle into his role as a music teacher? Will Annie be able to become a real musician rather than a street musician? Will Sonny’s continue to his ascent from being a total asshole? These are the stories that the show tells through little character moments, like Sonny quietly accepting her girlfriend’s father’s limitations on their dating time.

Though each episode presents a collection of character moments, that doesn’t mean there is no structure. This premiere episode is beautifully framed by the two memorials for Kerwin James. After the police break up the first, they arrive to be the escort for the second one. This time, the memorial is a success. Even though New Orleans circa 2007 is weighed down by all kinds of social and infrastructure problems, the people still have hope, and they express that hope through music.

There may be slow moments, or moments that puzzle us, but I find the experimentation beautiful to watch as a whole, just as I find the show’s music beautiful to listen to.

Showrunner David Simon has previous experimented with form in The Wire, and he continues to do so here. There may be slow moments, or moments that puzzle us, but I find the experimentation beautiful to watch as a whole, just as I find the show’s music beautiful to listen to. As Big Chief Albert Lambreaux says of his collaboration with his son on music that mixes jazz with the traditions of the Mardi Gras Indians, they “done broke fresh fucking ground.” So too does this show. It may not always work all the time or for a lot of people, but the attempt is beautiful to watch.

If you found the show too slow or lacking in plot, or if it doesn’t sound like your cup of tea, give it a try anyway. I think the show could be picked up with season three, though starting from the beginning would be even more rewarding. Let the music carry you through an episode, revealing the hopes and frustrations of the characters. Even if you find that it’s still not for you — and that’s totally fine — you may at least discover that you like jazz a lot more than you thought you did. I know I did. 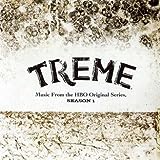 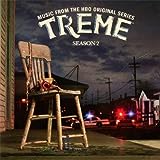