Beyond the Lights is a modern, edgy love story On the surface, ‘Beyond the Lights’ may seem like any other musical love story, but an excellent cast and killer soundtrack give it a raw, modern spin.

At first, I avoided seeing Beyond the Lights because I thought that it would be like all the other love stories: The Way We Were, A Star is Born, and The Bodyguard. Been there done that! You know the cliché kind of love that’s not meant to be: two people from different worlds that somehow come together but don’t work out in the end kind of love. Boy was I wrong, dead wrong! All these love stories were popular in their own right in the past. I wasn’t interested in another sad, melancholy story that’s been told so many times before. Beyond The Lights was completely different. Writer/director Gina Prince-Bythewood and her talented cast elevated the film and gave it more of a modern, edgy, in your face tone that will have you cheering at the end! It was new, it was edgy, it was passionate, and it was funny!

From the very beginning I liked the scene of Noni, the shy little girl being dragged into a black beauty shop, her white mother not knowing what to do with her Black daughter’s hair. I know people like that who’ve married outside of their race and don’t know how to lovingly deal with their bi-racial child. I enjoyed hearing the little girl sing “Blackbird.” It was sweet, beautiful, gentle and strong. Noni always did what she was told, from the little girl who had to throw away her second place trophy, to the young lady who had to be the woman every man desired and every woman wanted to be. Gugu Mbatha-Raw convincingly plays shy, demure Noni, who must act bold, sexy and carefree. She is often unsure of herself, looking to her mother for guidance. On the outside, it looks like she’s living the American Dream, but on the inside she is lost. Will she be able to handle stardom?

I also liked Minnie Driver’s portrayal of the gritty, edgy Macy Jean, the teen who had a black child out of wedlock. She is hard, she is cold, unapologetic and driven. She pushes Noni to be the woman every man desires. Nothing is out of bounds for her, even her daughter’s happiness. She’s a stone-cold “b” in my eyes!

Nate Parker’s portrayal of the hard working policeman, Kaz Nicol, is electrifying! He is driven to serve the public, to make the world a better place. My heart was pounding as Officer Nicol races to the railing trying desperately to save Noni from jumping off the 12th floor balcony. He only catches one hand and he’s frightened she will drop. He yells for her to give him her hand. As she whispers, “Nobody sees me,” he says to her, “I see you.” This moment touched me as well as many audience members who pulled out the tissues. He too is being groomed to become what his father wants him to be. Not lost but never deterring from “the plan.” Will he live his father’s dream or his own?

This story, this love story, was not like the others … yes interfering parents tried to keep Noni and Kaz apart. That did not work. Other love interests tried too. That also didn’t work. What made this love story work was that these two lost souls found each other and they found love. The scenes were raw and passionate and you couldn’t help but be moved by them. What a touching and popular scene when Noni was upset; started tearing down wall art and hitting the glass in the frame. Her arm was bleeding profusely; Kaz pulled her back and ripped off his shirt to use as a bandage. The female audience went wild. Nate is a hottie! I definitely did not mind seeing taught sinewy muscles rippling as he helped the love of his life.

What I liked most about the movie was the strength that writer/director Gina Prince-Bythewood gave her characters.

What I liked most about the movie was the strength that writer/director Gina Prince-Bythewood gave her characters. Each character seemed to touch so much of the audience. Many women in the audience could identify with Noni the dutiful daughter who always did what she was told by the strong, domineering single mother Macy. The men too were equally moved by Kaz: the strong Black policeman who acquiesced to his father’s (played by Danny Glover) dream of running for public office. Both the men and the women seemed to be equally moved by the strong, poignant acting, the funny make your belly hurt jokes, as well as the moving soundtrack. The little girl singing “Blackbird” at the beginning brought many audience members to tears, and the revamped “Blackbird” sung by Noni at the end had people cheering for it was a song of overcoming, a song of perseverance, a song of finally being free. I enjoyed these two songs the most but there were so many songs to love like “Worthy” and “Extraordinary Love.”

I thought they should have named the movie Blackbird. They alluded to the blackbird theme numerous times throughout the film. The main character, Noni, felt caged and she wanted to be free. At first she thought the only way to free herself was suicide. Kaz also felt trapped into becoming a politician, his father’s dream. There were three songs that intimate the blackbird theme: “Blackbird,” “Fly Before You Fall” and “Blackbird 2.” This convinced me they should rename this movie “Blackbird”!

I was pleasantly surprised in the end. I loved Beyond the Lights. It was new, fresh, funny, serious, and engaging all at the same time. Boy meets girl. He saves her life. They fall in love. Yes the movie was a love story, and one of the best love stories I have seen by far with a killer soundtrack to boot! Loved it! 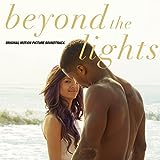 2 Comments on “Beyond the Lights is a modern, edgy love story”