If you avoided ‘Beautiful Creatures’ when it was on the big screen because it barely resembled the book, give the film a second chance with the new home video release.

If you overlooked Beautiful Creatures when it was out in theaters — and many people did — now is the chance to give it a look (or a second look) on home video. In my initial review, I said that I found the film to be mostly enjoyable. I also assumed fans of the YA book series would be lining up to see the film, but for some reason that didn’t happen. The big question is, why? Beautiful Creatures was poised to be the new Twilight film saga with its tale of a relationship between a supernatural being and a human, but this time the roles are reversed. The girl, Lena, is a Caster (although not immortal) and the boy, Ethan, is the human with no special powers (although his connection to Lena suggests that he may have untapped potential). The relatively unknown actors, Alice Englert and Alden Ehrenreich, have terrific chemistry together which should have been enough to make the fans swoon. The supporting cast was filled out with big names like Jeremy Irons, Emma Thompson and Viola Davis to help draw in more adult movie-goers and perhaps bridge the gender gap of the Twilight fans.

The film’s plot is the same as the book, but it’s the major character alterations that seem to have turned off the fans.

The film was handsomely produced with some stunning Southern locations and mostly top notch visual effects that gave the film a beautiful, glossy look that the Twilight films didn’t have. But none of this seemed to matter. Fans of the books seemed to have already been sharpening their knives for the film adaptation before it even hit the screen. At the time of the film’s release, I had not read the book but I did check it out afterwards, after hearing that the changes made to the screenplay were so egregious that the movie seemed like a completely different animal than the book. After reading a few chapters, I tend to agree … at least on a superficial level. The basic plot is the same, to be sure, but it’s the major character alterations that seem to have turned off the fans. The book’s Ethan is clearly a popular jock who loses some of his popularity when he starts cavorting with Lena. The movie Ethan is a book-reading nerd (except for his hot girlfriend). Ethan’s girlfriend, and her friends, in the book come off as the town harlots, while the movie version re-casts them as Bible-thumping and chaste. Ethan’s father is never glimpsed in the movie whereas he does put in a couple of appearances in the book. The biggest alteration is the character of Amma, the woman who cares for Ethan and his dad. In the movie, Amma is not only the caretaker — and much younger — but also the town librarian, who was a completely separate character in the book. I can see why these changes have irked the fans, but the core of the story is still there.

The film’s disappointing box office seems to have resulted in a pretty basic video release.

The new home video release of Beautiful Creatures will perhaps give the fans a chance to sit down and appreciate the work that went into bringing the words of the book to visual life on screen. There are a few cheesy moments here and there (particularly the Ravenwood family dinner scene), but the film itself tells a story that I would like to see continue. Unfortunately, the film’s disappointing box office seems to have resulted in a pretty basic video release. The image of the Blu-ray looks fine with nice saturated colors, but the DVD (included in the combo pack) has a much softer, washed out look. The audio, on a home theater surround system, is very nice with a deep bass rumble and directional effects when spells are being cast. The dialog never gets lost amid the music or sound effects.

Where the video release stumbles is in the bonus features. One would have hoped for a director and author commentary track to explain the changes made from the book to film translation. Like the recent Cloud Atlas release, the bonus material is lacking in almost every way … probably due to the film’s lack of financial success. Past releases like Wrath of the Titans and Dark Shadows have included Focus Points that could be viewed during the film in the Maximum Movie Mode. Here, those extra bits are included as bonus clips, not much more than five minutes long. These Behind the Scenes extras (only on Blu-ray) include:

Also included are four deleted scenes (on Blu-ray and DVD) which don’t really add much to the plot, except for the one that hints of a deeper subplot involving Lena’s cousin Ridley and Ethan’s friend Link. There are also two theatrical trailers, the New York Comic Con trailer and a TV spot, as well as a commercial for co-author Margaret Stohl’s new book, Icons.

Overall, it’s a fine, if bare bones, presentation of the film that will hopefully see more success than it did theatrically and lead to more films to complete the series.

This review is based on a retail copy of the Blu-ray/DVD Combo provided to CliqueClack by Warner Home Video. 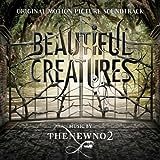