Whether they know it or not, thanks to legend and standard-bearer Dave Brubeck everyone knows a little jazz.

There was music in the air at our house every weekend when I was a kid. I’ve mentioned before it revolved around the likes of old and real country music (Johnny Cash, Patsy Cline, more), tons of Elvis and ’60s & ’70s standards. But there was plenty of crooning, lounge and easy listening as well.

And then there was this really strange stuff that issued out the speakers and helped with the Saturday cleaning my mother subjected my sister and I to every week. I hadn’t realized it at the time, but it was indeed jazz.

I didn’t fret with music genres at the time. I was more concerned whether I could match Johnny Cash’s deep baritone on “Ring Of Fire.”

Dave Brubeck’s “Time Out” was my introduction to jazz — funky, unconventional music with highly unusual signatures and notes that gave you pause and made me personally wonder how the musicians were able to coax some of the odd sounds out of their instruments. It rather accosted my hearing. I wasn’t certain what to make of it, but I gravitated its way primarily because of its weirdness. Besides, I was too used to mimicking song lyrics that came from our monster console unit. I didn’t fret with music genres at the time. I was more concerned whether I could match Johnny Cash’s deep baritone on “Ring Of Fire.”

Of course, Brubeck’s “Take Five” is the classic everyone tends to gravitate toward (one of the tunes that played incessantly on our stereo), but he wrote a bevy of consummate songs equally as recognizable and timeless, including one of my favorites “Three To Get Ready,” another track on his classic “Time Out.”

Between the two mentioned above and the other five recordings on the record, it’s little wonder “Time Out” was the first jazz composition to have gone platinum. And I was hooked on it, regardless of the fact I didn’t know what jazz was.

Brubeck’s discography is daunting, his recognition vast and his awards many, including many honorary doctorates from the likes of Berklee College of Music and The George Washington University. I hold my music appreciation to many artists of the past, but my short list absolutely contains Brubeck’s name for not only introducing me to jazz but in overall gratitude to ideas and structures that have me forced me to listen all the more closely.

… I was hooked on [“Time Out”], regardless of the fact I didn’t know what jazz was.

To me, these things simply bolster the legend David Warren Brubeck truly is.

There aren’t many modern era musicians who can hold a candle to what the man accomplished in his lifetime.

Bonus: As far as I’m concerned, one of the innovators of the drum solo was Brubeck’s most lauded drummer Joe Morello, who was instrumental in aiding with some of the unique and interesting compositions Brubeck was able to compose. Stewart Copeland (The Police), John Bonham (Led Zeppelin) and even Animal (The Muppets) have Morello to give nod to as true inspiration. 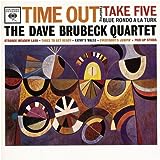 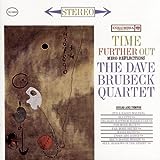 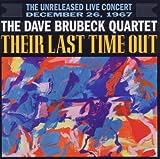 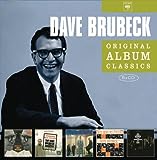