This week’s Throwback Thursday entry should indeed be thrown back … thrown back in the water. Or you could use it as 96 minutes of aimless white noise.

*quickly checks files in the event he could possibly be misinformed*

Hokay … I might be a tad off on that statement.

But viewing the 96 minutes of film, you could easily mistake this atypical Southern California vehicle — with its often cheesy dialog and sometimes eye-rolling situations — as an after school entrant. But with the caveats of lots of T&A (and some of that bare-skinned to boot), a throwaway performance by a 70s Playboy Playmate (Sharon Clark) and a first full film (give or take) for the then-newbee Kathleen Quinlan.

Seriously … if not for the boobs and ass and occasional epithets, you could picture this as background noise while doing your homework snacking on cheese and crackers. It’s fodder more than anything else with little to sink your teeth into. It’s beach scenes we’ve been subject to ad nauseum from Jaws to Baywatch. (To be fair, writer Ron Koslow did mix it up a bit with some comicalness in the form of a dude exposing himself to beach-goers and an incident with a yahoo hiding out in the women’s restroom.) It’s lots of scantily clad females bouncing around. And it’s our hero Rick Carlson (the ever-mustachiod Sam Elliott, Mission: Impossible, Mask) bipping and bopping about in his Corvette or in his shorty-short lifeguard trunks. It’s a laughable lifeguard contest with predictable results. And it’s a practical guffaw-inducing “Moon River” playing at a high school reunion. (Wow.)

(Lifeguard is) background fodder more than anything else with little to sink your teeth into.

Inexplicably, one of the kickers about this film was a statement made in someone’s review (I’m guessing that was the case) about Elliott’s role in the film: “Star-making performance.” Because, honestly, there isn’t a hint of “star-making” going on in this film. (Unless you want to count the eye candy Elliott unintentionally flaunts throughout the hour and a half.) I have no idea where the writer of that line on the DVD case came up with it. S/he must have been desperate to inject interest at the behest of Paramount Pictures’ promotion of the film. I’m confidant hush money was exchanged beneath a table somewhere to get the statement put out there.

The story revolves around a too-old-but-still-in-shape Rick Carlson (Elliott) who’s been a lifeguard most of his life. Approaching his mid-30s, he seems to be shuffling through life with not many cares — doling out warm smiles and advice to beach-goers, schtupping the in-town-for-the-night stewardess who just arrived from somewhere across the country and generally being Mr. Nice Guy while coaching new trainee Chris (Parker Stevenson). Thrown into the mix is a 15 year high school reunion that not only causes him some internal thought about his situation, but rekindles a past relationship with his school sweetheart (Anne Archer) who puts new ideas in his head. As if there weren’t enough straws to grasp at, into this little hotbed of activity we have the under-aged Wendy (Quinlan) who has the worst sort of crush on Rick. Of course, this results in a regrettable (kind of) bedding he ultimately regrets (kind of) and she wishes to continue.

… nothing stands out in this lost 70s film – not the characters, not the music … not a single thing.

Exciting stuff … huh? I can practically feel you champing at the bit.

Well … regardless of your champing ways, I was hard pressed to find anything that stood out in this lost 70s film — not the characters, not the music … not a single thing. There are hints of interest around various corners as it progresses but, when those corners are turned, one finds nothing but dead ends.

At one point, Rick confesses to his charge Chris: “All the weirdos seem to end up down here. By the end of the summer it’ll all seem normal …”

I guess. I mean … if you consider “normal” pointless and throwaway …

Lifeguard was generously provided to CliqueClack by the Warner Archive Collection for review. 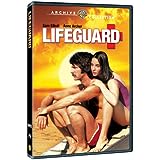 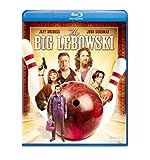 8 Comments on “Lifeguard is 70s background fodder, nothing more”