The Rock And Roll Hall Of Fame: Still crazy after all these years With the announcement of the 2014 hopefuls, the Rock And Roll Hall Of Fame continues to display a confusing, non-sensical list of artists … with few worthy of induction.

There’s been so much controversy over the years at the Rock And Roll Hall Of Fame (scandal, lack of transparency in the selection process, a tightly controlled nomination process by individuals who aren’t musicians, blatantly ignored inductee petitions, more) you have to wonder if the Hall even knows what they’re doing … or if they even know what their mission statement is.

First, let’s take a look and see who’s being considered for the 2014 crop as announced last week:

See anyone who should be in the Hall?

… you have to wonder if the Hall even knows what they’re doing … or if they even know what their own mission statement is anymore.

Wait … that might not be a fair question. One should be at least somewhat familiar with the Hall’s induction process. It will help ease some of the angst you’re no doubt experiencing having seen that list of artists being bandied about … don’t you think?

I’ll be brief. First and foremost, artists are eligible 25 years after their first release. Additionally, induction into the Hall must contain criteria which, in so many words, “includes influence and significance of artists’ contributions to the development and perpetuation of rock and roll.”

Further, regarding its nomination and induction process:

“The Foundation’s nominating committee selects nominees each year in the Performer category. Ballots are then sent to an international voting body of more than 600 artists, historians and members of the music industry. Those performers who receive the highest number of votes — and more than 50 percent of the vote — are inducted. The Foundation generally inducts five to seven performers each year.”

Hokay … you have the basics. You have enough to go off of. So look at that list again: Based on what you’ve read, who should be in? And, specifically, do you see anyone who needs to be there without a shadow of a doubt?

I see one artist who should be there right now, no questions asked.

And that artist is Link Wray.

Why, you might wonder? Well … Wray is one of the most innovative and influential artists ever to pick up a guitar. He was one of the first to utilize distortion in his recordings and he single-handedly created and pioneered the guitar power chord. His influence inspired the genres of heavy metal, punk, thrash and alternative rock. His signature instrumental single “Rumble” sold more than one million copies and cemented him in musical history and lore … and he did this in the 1950s, prime rock real estate breeding ground. No better time to do so.

Did you view that video and hear that tune? Did you hear any artists in the song who may have picked up Wray’s flavor or copied him outright? Because there are dozens of artists, past and present, who emulate the man and his sound. Here’s one: Jimmy Page of Led Zeppelin:

Do you see any of the other artists in that list up there with those kind of credentials or influence? I do not. That’s not to state there aren’t any worthy performers therein. Because there are some terrific artists present.

Nirvana should be inducted. The group was the cornerstone of grunge. I’m partial to Peter Gabriel and Cat Stevens, but that’s a dreamy wish of mine. And one could formulate an excellent argument for Kiss being tossed in the mix … but it won’t be me who champions that argument. (Side note: Kiss has been eligible for induction since 1999.)

And come on: Hall & Oates? Look … I’m just as susceptible as the next guy to flipping on the radio in my car, hearing “Maneater” and butt dancing like no one’s business. But the ability to motivate gluteus maximus movement isn’t valid criteria to being inducted into the Rock And Roll Hall Of Fame.

And it never will be.

The Hall’s controversial stance for 2014, based on its list of possible inductees, is safe once again. 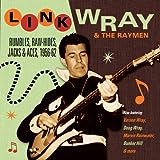 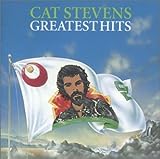 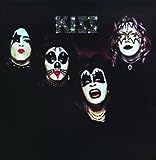 2 Comments on “The Rock And Roll Hall Of Fame: Still crazy after all these years”