Those were the boys on American Idol this week … right?

The hopefuls among the girls have to be tons better than what we saw offered from the boys on ‘Idol’ this round. At the very least, I’m willing to bet there will be much less drama.

A friend of mine, Gloria Thompson, said something that defined the first round of Hollywood Week on American Idol:

Yep. That pretty much nailed it.

Have you ever seen such drama? The tear buckets were overflowing. The infighting within the guys’ groups reached fever pitch at times. The abundance of performers forgetting their words was infectious. Much of the singing was so atrocious you wondered how the hell some of them even got as far as they did.

Granted, it is Hollywood Week, commonly referred to as “Hell Week” on Idol. 24 or so hours of torture to learn a song with a predetermined group, work out all the intricacies and ply it on stage in record time. It separates a lot of the men from the boys, so to speak. But there were quite a number of examples where that wasn’t the case. Regardless, there were still some man-boys who made it through. (“Squeaked through” might be the more appropriate term.)

Much of the singing was so atrocious you wondered how the hell some of them even got as far as they did.

I don’t think I’ve ever seen such a sad sack group of hopefuls ever. Ever. This portion of the Hollywood Round I witnessed criminal performances on stage worthy of amateur hour, not televised Idol-worthiness. There were instances of embarrassment no one should have to go through, stuff that would crush someone’s fragile self-esteem. (And it did in a few cases.)

Of course, all this is easy to say — I’m not the one schlepping the back of my front up on stage to croon or otherwise. But let’s face the facts here: You’re not on the show to monkey around. You’re on the show to go as far as possibly can.

Let’s take a couple “fer instances” and play around with them, see what you think: Papa Peachez is a good one to jaw about. Nicki Minaj was right in what she said to his group. Fight for it. Put it out there. Make your voice known. Give it all you’ve got. Walk away knowing you did your absolute best. By no stretch of the imagination did Peachy Boy do any of these things. He treated it as a joke and then pretty much walked off the stage slightly stunned he didn’t get picked to go through. I’m a little hazy on that mode of thinking. Why in the world would you even get up there and perform so lacklusterly in the first place? It was pathetic.

Now, on the other side of the coin, you have Charlie Askew. That’s how you do it. That’s putting your heart and soul into it in a grand effort to getting your butt advanced. Was he the best of the show? No … not by a long shot. But the kid had guts and he put it out there. He did exactly what he needed to do to move forward … and he did it with style and substance.

We’ll see what the gals have to offer when they come up to bat. Somehow, I don’t believe there will be quite the drama compared to the guys. Because, so far, they’ve got the corner on that market … 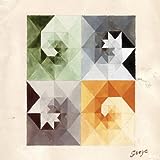 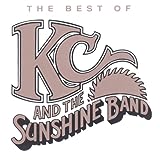 One Comment on “Those were the boys on American Idol this week … right?”