Vulture recently released a list of the 25 craziest fandoms, but they seem to be missing a couple that we think should be on their list.

Early this morning, at our daily meeting at CliqueClack HQ, I shared that Vulture had compiled a list of the 25 Most Devoted Fan Bases. See, I’m a sucker for lists … I just can’t get enough of them. I enjoy the debate that always erupts as people discuss their disagreements. And considering Vulture had included several different genres and mediums for fandoms in their list, I just knew I was in for some fun.

And I wasn’t disappointed … well, almost. Our fearless leader Keith McDuffee doesn’t like lists. It’s like he’s allergic to them. But considering that otherwise he’s a pretty righteous dude – and, you know my boss – was willing to let it slide … this time at least.

But the disagreement came fast and furious. Bob and Brett were pretty adamant that Game of Thrones did not deserve the top spot. I know well of Brett’s … disappointment … with George R.R. Martin’s long delay in producing his novels, but was a bit surprised at Bob. Apparently, neither have visited the /r/asoiaf area of Reddit (current top entry on the list as of the writing of this post: favorite quotes by Dolorous Edd … and I rest my case) and seen just how crazy the tin-foil speculation and discussion gets.

Brett, as he is wont to do, questioned why iCarly — and its innate knack to get some 17m viewers whenever Nickelodeon airs it — didn’t make the list. Which started the cavalcade of “why isn’t X fandom on the list.” We came up with some pretty good contenders; several of which we were surprised weren’t included in Vulture’s list. Because we can’t stop ourselves, we figured we’d share them with you.

We came up with some pretty good contenders; several of which we were surprised weren’t included in Vulture’s list. Because we can’t stop ourselves, we figured we’d share them with you.

These are in no particular order – unless my personal bias counts as an order … if so, you’ll just have to figure it out:

Carly Simon
Deb threw this name in the hat … and I tried very desperately to make a “you’re so vain, you probably think this list is about you” joke (and was successful until now). But years ago, Deb attended a Simon concert and thought the fans were as crazy as Beatles fans (I’ll keep her husband’s and brother’s comments about the number of concerts Deb has attended live disqualifying her out of this … oh, wait … oops).

The New Kids on the Block
Another fandom that passed me by personally – because I was never a teenage girl. But their reunion tour(s) have proven that teenagers grow up, but apparently Mark, Donnie and those other guys are still swoonworthy.

Harley riders
I hear these guys are pretty fanatical. I’m a Jeep guy myself, and all I know is they stole the “Jeep wave” – or it might have been the other way around.

Madonna
I don’t care what you say, the Material Girl is still getting it done. While she certainly doesn’t have the popularity that she had in the ’80s and ’90s, her fandom is still very strong.

There are a lot more people watching iCarly than Game of Thrones.

If you hadn’t picked up on it, Brett thinks iCarly is the most popular show most of us have never heard of, and he has the numbers to back it up. He’s been so kind to let us know when the show has featured guest stars like Michelle Obama … and Josh Malina (What can I say … I’m personally sucked into Aaron-Sorkin-Fandom). I will say this: there are a lot more people watching iCarly than Game of Thrones.

Jimmy Buffett
There are some days that I think Parrotheads rule the world. Buffett and his fans have been looking for that lost shaker of salt for over 35 years now, and neither show any sign of slowing down any time soon. Margaritaville and Cheeseburger in Paradise restaurants are all over the place, and you can still catch Buffett on tour most of the year.

Apple
It was Keith’s suggestion, and is the one thing I think Vulture is really missing from their lists. Sure, there are some iPhone/iPad/Mac users that just “use” their devices, but let’s be honest: the rest of us “Apple People” are a bit obsessive. It probably isn’t healthy the amount of Cupertino tech I have, and I know Keith is at least as bad as I am … if not worse. While I’ve never lined up outside an Apple Store days in advance for the right to buy the latest iOS thing first, it happens every time a new iPhone is released. There are few fandoms I know that come close to being as fervent as iFans. 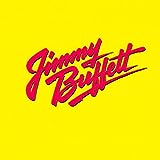 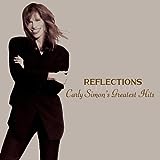